How Irma achieved her perfect smile...

It was a change in career that led Irma Mokercova to realising her dream of fixing a smile left crooked by her teenage dismissal of what she calls ‘painful and uncomfortable’ braces.

Joining Crown House Dental Practice in Egham in Surrey to train as a dental nurse, she very quickly learnt that not all orthodontic treatment was expensive, painful and lengthy.

She had given up all hope of remedying her smile until a chance conversation with dentist xxxxx enlightened her that there was a solution – Cfast, the cosmetic teeth-straightening system that’s discreet, pain free and affordable. With cost a factor in her decision, this was important – as was the fact that the treatment promises to straighten the ‘social six’ teeth – or to out it simply, the front teeth that show when we smile.

Irma had suffered with confidence issues for many years – and it even affected her ability to chat happily with other people. It meant she was reluctant to show her teeth; in photographs, she would hide behind her hands. 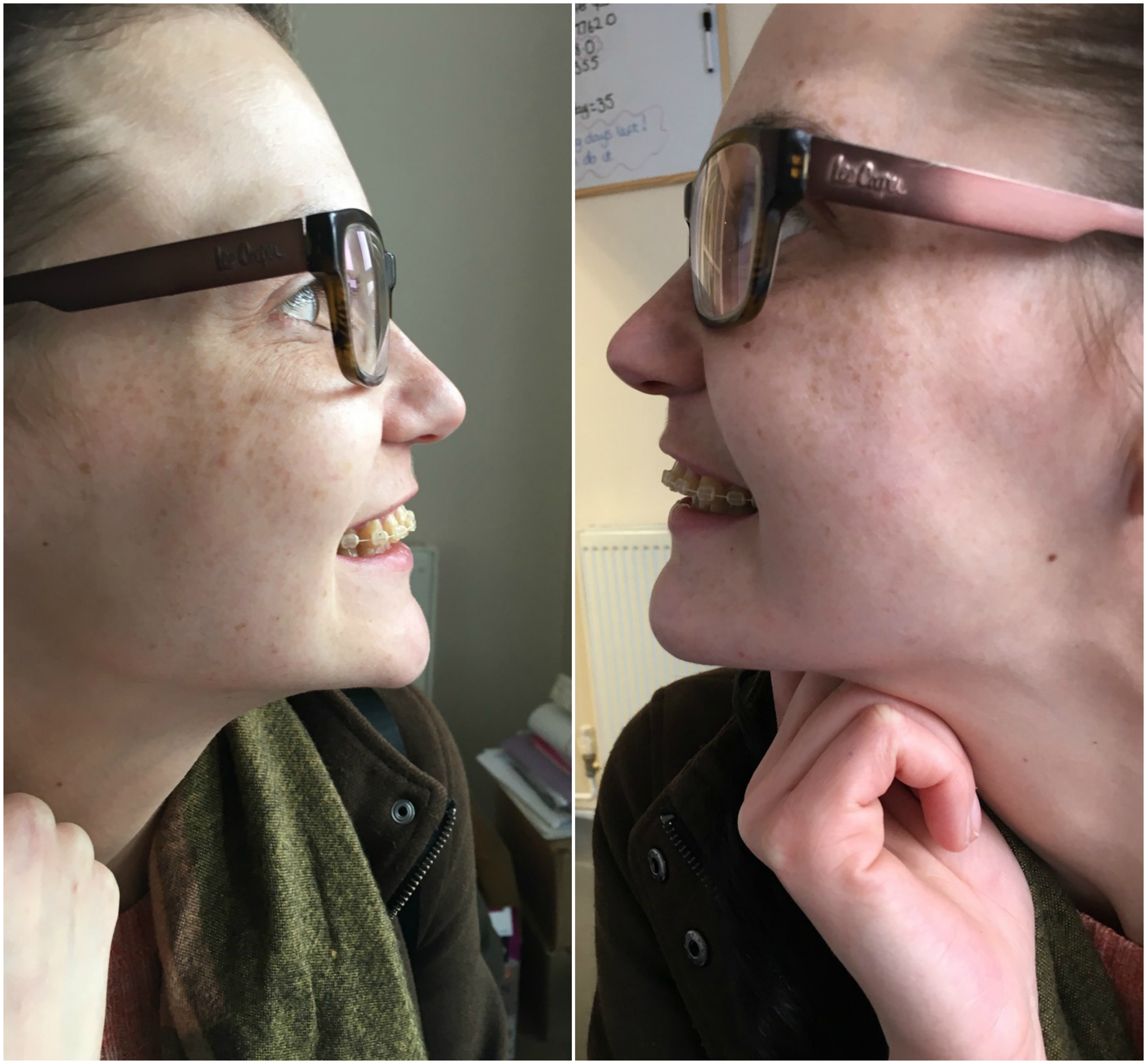 Irma explains: ‘As I began to care about the way I look, I understood that a smile has an important part to play in the overall appearance of your face. I grew very conscious about my smile and it became my biggest complex.

‘I have no pictures where I am smiling, I use to cover my mouth when I talked with people, simply because I thought that my teeth were SO visible and made me ugly.’

Like many of us, as a teenager, Irma embarked on orthodontic treatment and was given removable braces, but confesses: ‘At that time, I did not understand how important straightening my teeth was going to be for me in the future. I did not wear them because it was painful and very uncomfortable. Today, I am looking back and I hate myself for being so impatient and blame myself for not taking the opportunity when I had the chance.’

Straight teeth became her dream, believing that a dazzling, aligned smile would make me so much more confident and happier’ – it was a desire she craved for a very long time.

‘I always had the option to consider treatment again but I did not think about it too seriously because it is time consuming and adult braces can be expensive. I had other priorities in my life which seemed much more important than my straight teeth.’

But this changed when she joined Dr Ahmad Sami at his dental practice where he offers Cfast for those of us in similar situations to Irma.

And it was a chance conversation with one such patient that got Irma thinking.

She says: ‘When I started to work in dental practice, my life changed. I suddenly realised there are other ways to straighten the teeth without taking two years to complete treatment.

‘Dr Sami was discussing the option of having Cfast braces with a patient. He gave her all the information she needed, but I felt like he was talking to me and, as soon as patient left, I asked him: “Is Cfast possible for me?”. He looked at me and said “No doubt!” and he was very kind to encourage me to go for it. He even gave me an easy payment option – the practice is very flexible and does everything to suit every patient.’

Having had the consultation, Irma began her treatment, which will hopefully take less than six months to complete. She's over the moon with and already seeing improvements. 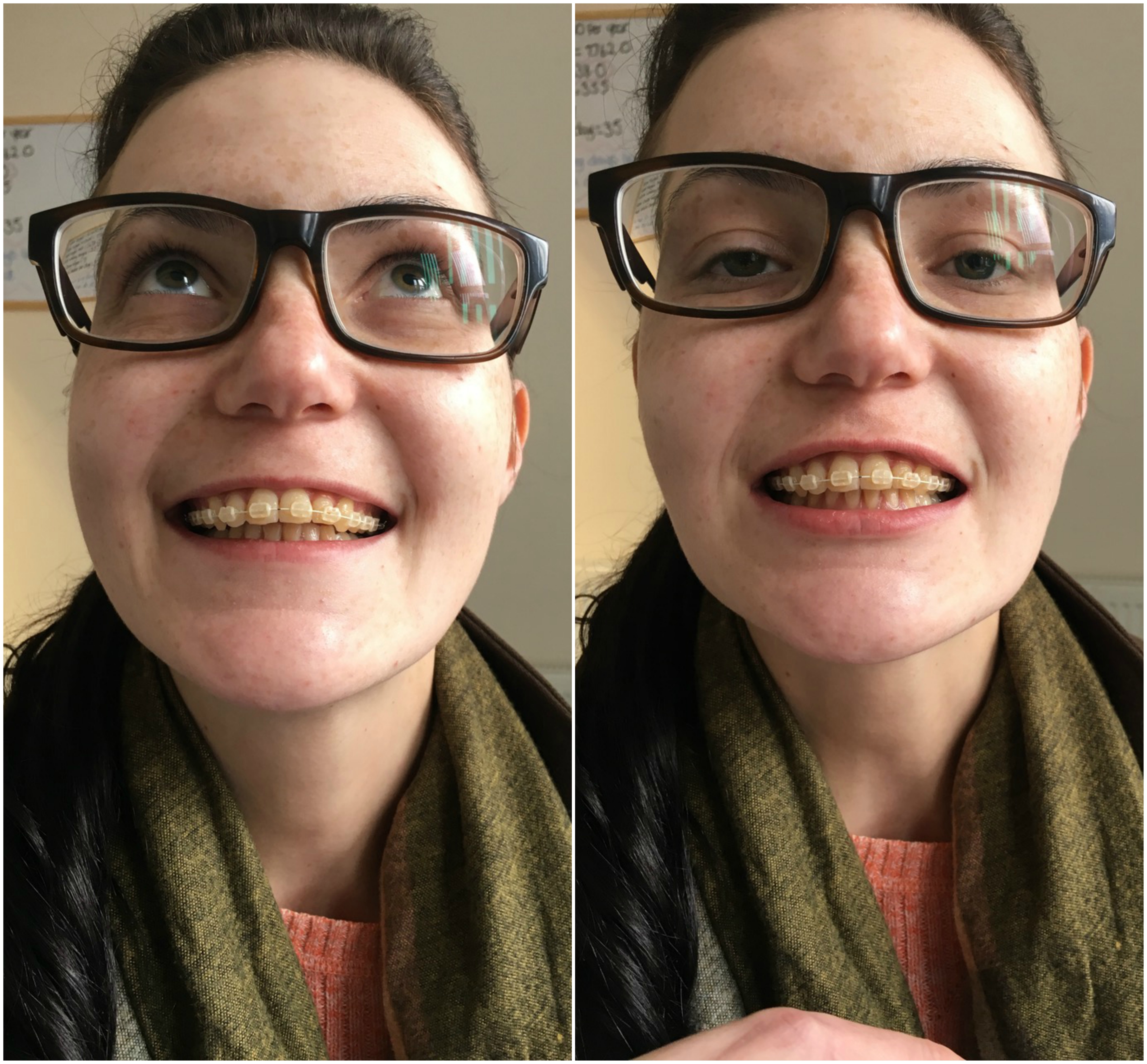 She says she would recommend Cfast to anyone looking to boost their confidence with straighter teeth and an improved smile.

She says: ‘I was very surprised not to experience any pain! In the first week, it was a little unpleasant to clean my anterior teeth with an electric toothbrush, as it was little sensitive, but that’s passed and I am now a pain-free braces wearer!’

And, is there anything she has had to sacrifice in her bid to regain her self-esteem?

Irma jokes: ‘I love nuts and popcorn and obviously have to avoid them. This is was my “biggest” disappointment, because it was hard to imagine going without when watching a movie! I solved that problem very quickly by replacing popcorn with berries and cheese snacks. It is much healthier and better for me! But, other than that, my diet is unchanged and I haven't experienced any other difficulties wearing Cfast braces.’ 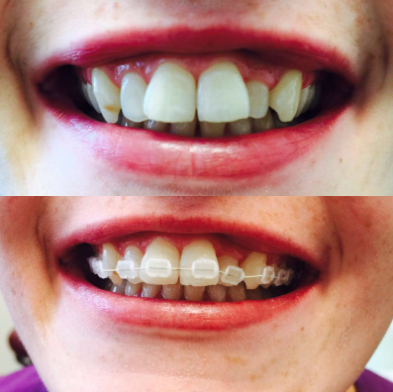 Find a Cfast practitioner in your area