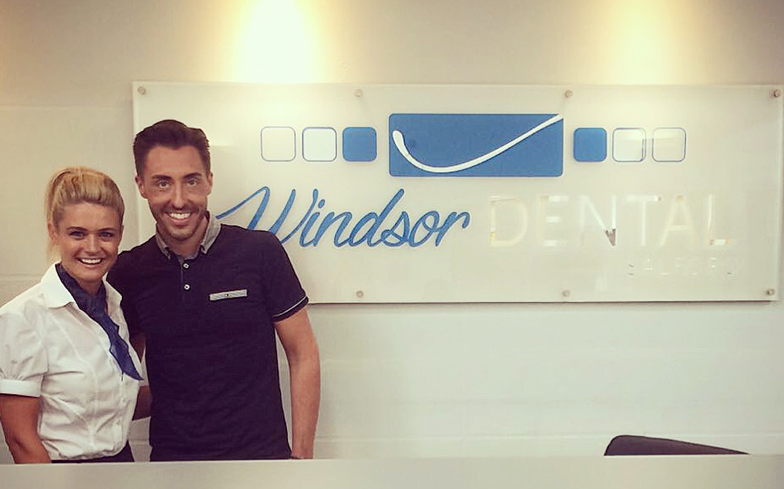 They tie the knot in 18 months' time but are planning to have the best smiles possible on the big day.

In a pre-wedding interview with Gay Times, he says: 'Hilariously, both Phil and I have started to think about our wedding day smiles. I wanted a straighter smile and Phil wanted full-on Hollwood white gnashers. So off we trotted to Windsor Dental where Phil decided to have his teeth bleached, while I've embarked on a teeth straightening system called Cfast which straightens out the front six teeth.

'It's great for me because the wires and brackets are fitted behind the teeth, so for filming it is completely unnoticeable. Thankfully, it hasn't affected my speech either so I can't wait to see the results.'

He adds: 'When Phil and I were in New York recently it made me realise how much better (generally) American's teeth are compared to us Brits. It does feel pretty weird to have a brace at my age, but if it means I'm going to have a nice straight smile for the pictures, I don't mind one bit. Phil meanwhile has had amazing results with the bleaching and is almost at Simon Cowell levels of dazzle-ness. I'm actually a bit jel so I can't wait to have mine done again once the brace comes off!'