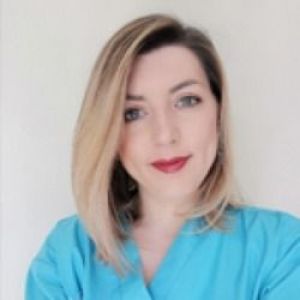 Dr Andrea Ildiko Kadar is a graduate of the ” UNIVERSITY OF MEDICINE AND FARMACY TARGU-MURES ” Transylvania. She has a special interest in Endodontics and also completed a LonDec Endodontic course at King’s College.

Andrea always had a passion for dentistry, even though in her youth she started a career in sports, (athletics 100 m) personal record is 12’06” which also brought her the title of a national champion in 2000. Later, she decided to follow her dream to become a dentist, so she graduated Dental Technology in 2008 and Dental Medicine in 2014.

She would describe herself as a curious and an adventurous person, so eventually she plucked up the courage and made the decision to move to London in December 2017.

The Smile Studios Dental Spa is located in the heart of Richmond’s High Street, contributing to the surrounding vibrant atmosphere.