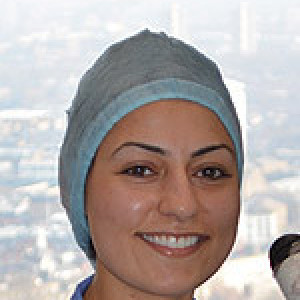 Somayeh qualified from King’s College in 2004 and worked in general practice for a few years in London. Somayeh was awarded the Diploma in Endodontic Practice in 2008, from London University, following two year study at Barts and The London Hospital. She is now studying for the masters in Clinical Dentistry in Endodontics (MClinDent) qualification and the Membership in Restorative Dentistry at theKing’s Dental Institute where she is practicing as a Specialist Registrar in Endodontics. She will then join an elite group of Endodontic specialists on the General Dental Council’s UK register. She is an active member of British Endododntic society and American Association of Endodontics. Somayeh continues to enjoy treating patients in a kind reassuring manner having developed a growing referral base and her practice is limited to Endodontics. Somayeh is a keen runner and regularly partakes in half marathons.

We are a leading private practice in London's Fulham and Hammersmith providing both traditional and family based dentistry. We have won many awards including