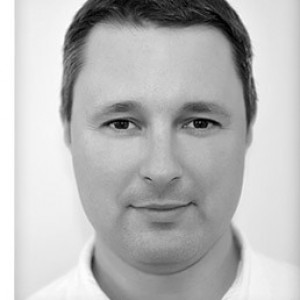 Koray qualified in 1989 from Guy’s Dental Hospital, winning the Final Year Prize for overall excellence and the S.J. Kaye Prize in Oral Medicine and Pathology. He remained at Guy’s for two separate House Surgeon appointments in Prosthetic Dentistry and then Oral and Maxillofacial surgery till 1991 when he went into general practice in North London.

Between 1991 and 1993 he completed the Master of Science degree in Periodontology from Guy’s Hospital and at the end of 1993 passed examinations to obtain a (Restorative Dentistry) Fellowship in Dental Surgery from the Royal College of Surgeons of England.

He has since been in practice dedicated to quality dental care, having a special interest in multi-disciplinary cases that require detailed planning and co-ordination of several specialist branches of dentistry. Between 1996 and 1999 he provided surgical services in periodontics and implant dentistry to three prestigious practices in the Knightsbridge and South Kensington areas, prior to establishing his own practice near Baker Street in the West End of London where he remained until 2005.

In 2005 he expanded his practice and founded The London Centre for Implant and Aesthetic Dentistry (now LCIAD Ltd.) alongside specialist colleagues in Wimpole Street at the heart of London’s dental and medical community. In October 2010, he expanded the practice into new larger premises Clinical Director of LCIAD accompanied by several associate dental surgeons at 28 Wimpole Street London W1.

Koray has undergone and continues to undergo extensive postgraduate education in several countries with world leaders in several fields of dentistry and dental technology as well as being a sought-after lecturer in his own right.

We are a leading referral practice for multidisciplinary dental care in London's West End. We offer objective advice on a wide range of dental problems