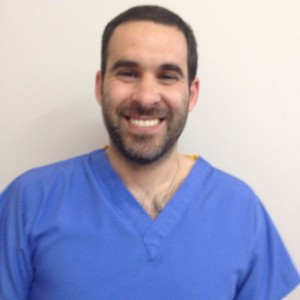 Dr Louloudiadis graduated from University of Alabama School of Dentistry in USA in 2001, Andreas returned to Greece, where he pursued a two-year postgraduate Diploma in Endodontics at the Aristotle University of Thessaloniki Dental School in 2004. From 2005-2010 Dr Louloudiadis worked in his own private practice in Thessaloniki Greece with a special interest in endodontics.
He has produced a number of publications and delivers lectures in endodontics, and he is also an active member of the European Endodontic Society, British Endodontic Society, and Hellenic Endodntic Society.
In 2011, Dr Louloudiadis moved to UK and joined Knightshill dental practice
His spare time is spent with his beautiful wife and two great kids enjoying cycling, playing football and tennis. He speaks Greek, English and a little Spanish.

Modern dental techniques now allow us to change our smiles for the better – a bright smile really makes the crucial first impression.Here at the Knightshill