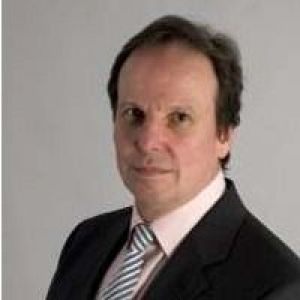 Charles is extremely experienced in aesthetic and functional plastic surgery of the nose (nose jobs, rhinoplasty) and is also an expert in nasal and sinus disease and how to treat it. He formed Rhinoplasty London along with his partner Lydia Badia to provide specialist advice, treatment and surgery options for those suffering the misery of nasal and sinus problems.
Having graduated from the University of London, Charing Cross Hospital Medical School in 1980, Charles was awarded the Hallett Prize by the Royal College of Surgeons of England and continued his training in ENT at Oxford, University College Hospital and the Middlesex Hospital. He then went on to be a senior clinical and research Fellow in the University of Washington Seattle for 12 months studying Facial Plastic surgery.
He is lead clinician for the Rhinoplasty service at the Royal National Throat Nose and Ear Hospital and is also part of the craniofacial surgery team at University College Hospital Foundation Trust. He is also Consultant Surgeon at the Royal National Throat Nose and Ear Hospital.
His academic work includes being Honorary Senior lecturer post at University College London and he is course director for the University’s Plastic Surgery of the Nose and Techniques in Facial Plastic Surgery courses, which attract an audience from around the world.

He has served as UK Vice President of the European Academy of Facial Plastic Surgery and regularly lectures at national and international meetings. He has also been a faculty member at the Royal College of Surgeons for minimally invasive sinus surgery courses and is current Chairman of Facial Plastic Surgery UK, a committee at the Royal College, and is a specialty adviser to National Institute of Health and Clinical Excellence (NICE).

The extremely successful textbook, Ear Nose and Throat – Head and Neck Surgery was co-authored by Charles and he has also written chapters in the British national textbook “Scott – Brown’s Otolaryngology – Head and Neck Surgery”. His expert writing on Rhinoplasty, nasal surgery and sinus problems is published regularly and maintains clinical contacts in many countries to keep up-to-date with the latest techniques and treatments from around the world.
He is currently a board member of the Rhinoplasty Society of Europe and an active member of the European Academy of Facial Plastic Surgery.
“Lydia and I started Rhinoplasty London because we wanted to create a very specialised and personal service for the people who need our help.  We want to make sure that everyone who comes to see us knows that they are talking to people who really know their stuff.”