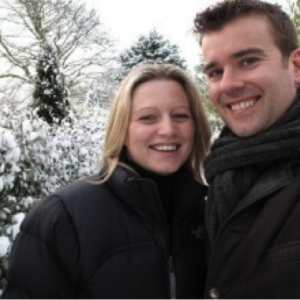 Paul is committed to post-graduate study and training in order to be at the forefront of patient care and dental techniques. After qualifying from Birmingham University (2003), he rapidly progressed to achieve further qualifications and training which form the basis of his special interests.  Namely; dental cosmetics, endodontics (root fillings), treatment of nervous patients, bonding, creating natural looking restorations and management of wear.

He has spent time studying from a number of the world’s leading clinicians in the art of aesthetics and smile design.  Dr Wilson is one of the few dentists to have be awarded a Masters degree in Restorative Cosmetic Dentistry. Paul’s belief is that the key to satisfying the increasing needs and expectations of his patients is through continuing education with authorities from across the globe that are at the forefront of their discipline.

Paul doesn’t limit his clinical practice to complex dentistry and enjoys working with patients to create their dental ambitions.

Paul Wilson is a full member of the British Academy of Cosmetic Dentistry (BACD), the British Society for Occlusal Studies (BSOS) and the International Team for Implantology (ITI).

Paul is a keen sportsman playing; rugby, hockey, water polo and squash at college and county level.  At University he played squash in the national finals but skiing is his major passion.

Paul enjoys a wide variety of music from classical to modern and is a keen cook.

After qualifying from the University of Birmingham in 2003, Paul moved to Bristol where he started his dental career, he moved to the West Midlands (to a General Practice which is focused on implants and high quality restorative dentistry), to be with his wife who was studying for a specialist qualification in orthodontics.  Now he has moved back to Bristol with his wife who is a specialist Orthodontist.

Whilst working in General Dental Practice, he held a honary clinical post in oral surgery at Bristol University dental hospital working alongside consultants and teaching students. He then returned to full time Dental practice, concentrating on high level restorative dentistry and receiving referrals for specific items of endodontic, surgical procedures and complex cases.

In 2011 following successful examinations and course work modules he has been awarded a Masters Degree in Restorative cosmetic dentistry from The University of Central Lancashire one of only a few dentists in the UK to be awarded this achievement in cosmetic dentistry.

In 2008 he has become an accredited Clearstep practitioner (invisible braces). In 2008 he was invited to become a member on the British Society for Occlusal Studies.

In 2007 he was awarded a Diploma in Post Graduate Dental Studies (DPDS) from Bristol University dental school, after passing three modules in Endodontics, Periodontology and Tooth Surface loss.

In 2007 he was awarded a certificate in Implant dentistry from The International Team for Imlantology following successful completion of a year long course.

In Nov 2006 following successful coursework, completed clinical cases and examinations, he was admitted to the Faculty of General Dental Practitioners The Royal College of Surgeons of England (MFGDP).

Also in 2006 he was awarded certificates in restorative and aesthetic dentistry following year long courses mentored by a leading specialist in restorative dentistry at the St Annes’s Postgraduate Dental Education centre.