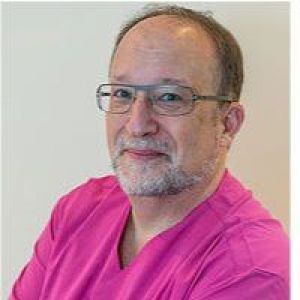 David was born in Valley Stream, New York and studied Biology and Chemistry at Syracuse University. He then moved to Denmark where he initially trained as a Dental Technician before moving on to become a dentist, qualifying from the Royal Dental College in Copenhagen in 1983. David ran his own practice in Outrup, Denmark for 17 years before moving to Windsor where he has been in practice ever since. David is a self-confessed dental geek. He has a passion for everything dental, always investigating new techniques, products and advances in the industry.

David began implants in 1987 when the first systems came out and has been President of a number of aesthetic academies including the British, Scandinavian (Founding President) and the European Academy and is the immediate past President of the International Federation of Esthetic Dentistry. When David is not in the practice he can be found cooking and travelling to see his children and grandchildren in Denmark. David’s spoken languages: English, Danish and American.