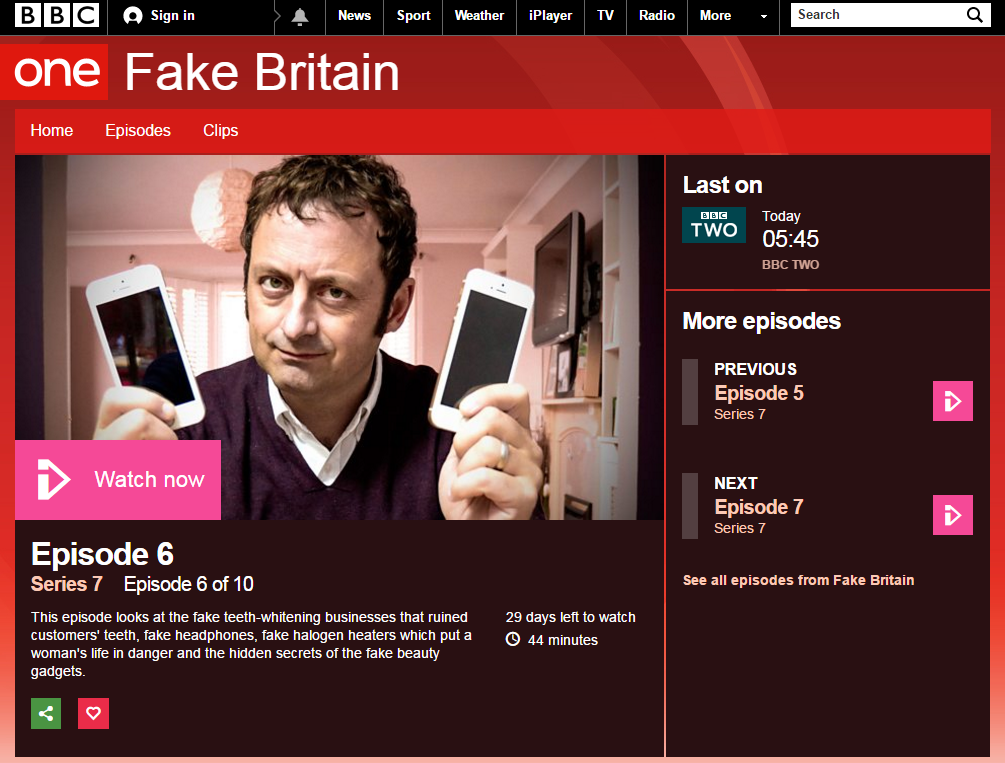 Following an expose of fake teeth whitening companies and practitioners on the Fake Britain television programme this morning, dental experts are reminding consumers of the huge dangers posed by illegal and unsafe whitening treatments.

The teeth whitening industry is fast becoming one of the UK’s major growth industries in both cosmetic and dental procedures.

Research has shown that one in four people (28%) would choose not go to the dentist for their tooth whitening treatment and rather purchase potentially unsafe home kits or visit illegal beauticians and kiosks instead.

Cosmetic dentist Zaki Kannan – and comparethetreatment.com’s teeth whitening expert – is keen to raise awareness to ensure we all know the safe and legal way to whiten teeth.

He says: ‘Teeth whitening is one of the most popular cosmetic dental treatments available. It is the simplest, quickest, most conservative and most cost-effective way to enhance one’s smile.

‘However, there is definitely a lack of awareness about who can carry out the treatment because the companies and individuals offering the illegal training convince the beauticians and non-dental professionals that teeth whitening is OK for them to do and is totally legal.

‘They tell them that it is the dental profession as a whole being protectionist. Clearly, this isn't the case and the training companies and individuals training non-dental professionals should be targeted as a matter of priority to help stamp out the illegal whiteners.’

Having treated people who have considered going to a beautician – ‘often this is based on price’ – Zaki explains that many change their mind over concerns for the safety of their oral health.

Unsafe, illegal teeth whitening can lead to severe chemical burns that can leave permanent scarring, tooth loss and, in extreme cases, affect the ability to eat and breathe.

Anybody who is not a registered dental professional and is offering teeth whitening treatment using hydrogen peroxide above 0.1% is breaking the law and liable for prosecution.

She says: ‘The public need to be aware that unsafe and illegal tooth whitening can lead to severe chemical burns and the possibility of permanent scarring, hyper-sensitivity, tooth loss and in extreme cases affect the ability to eat and breathe.

‘The Fake Britain show has done an excellent job in highlighting the severe dangers posed to consumers and we are imploring everyone to be vigilant when opting for tooth whitening or they could face life long consequences.

‘We are encouraging the public to be aware of these fake traders which leave them with irreparable damage due to their false safety claims. Their products are often highly dangerous and are not suitable for anyone to use even dental professionals.

‘In the UK, tooth whitening is classed as an act of dentistry and therefore procedures can only be carried out by a registered dental professional. Anybody offering tooth whitening products at consumer shows, as highlighted in the programme, should be actively avoided and reported to the General Dental Council (GDC) and trading standards immediately.’

Under a European Council directive, tooth-whitening products containing or releasing above 0.1% hydrogen peroxide can only be sold to a registered dental professional offering the treatment in their practice.

Tooth whitening can only be given to a person after a dentist has first examined the patient to make sure there are no risks or any other concerns about their oral condition, the patient is over 18 years old and the first use is from a dental practitioner or under their direct supervision by a dental hygienist or dental therapist.

Anybody who is not a registered dental professional and is offering tooth whitening treatment using hydrogen peroxide above 0.1% is breaking the law and liable for prosecution.

Every single case raised by the General Dental Council since the rules came into force has resulted in a successful prosecution.

Consumers are warned that should you have any doubts about fake dental professionals, then you should immediately contact the GDC to ascertain if they are falsely trading and use your gut – if you don’t trust them, go somewhere else.

Michaela adds: ‘These traders are dangerous and just after a quick buck, often leaving consumers with no possibility of recourse as they frequently disappear quicker than they appear. Consumers are left to face the financial and health costs of their illegal treatment.

‘The cases where illegal and unsafe tooth whitening is leading to serious damage are increasing. There is no reason to put your health at peril and risk permanent and severe damage in order to emulate the fake smiles you see on TV.’