The British Dental Association (BDA) has commented on new evidence from Cancer Research UK showing that rates of mouth (oral) cancer have jumped by 68% in the UK over the last 20 years.1

Dentists play a vital role in detection of oral cancers and survival rates can rise from 50% to 90% if the condition is identified early. However, recent data has shown half of adults in England have not seen an NHS dentist in two years.

The BDA has collaborated with Cancer Research on the development of an oral cancer toolkit to help health practitioners spot the disease and refer suspected cases sooner.

The BDA also supports blanket immunisation against the human papillomavirus (HPV), which is a leading cause of oropharyngeal cancers.

Russ Ladwa, Chair of the Health and Science Committee at the BDA said:
‘Oral cancer is on the rise, yet half of adults are not seeing a dentist. Early detection is key, and a check-up can mean the difference between a 90% and 50% survival rate.

‘When survival rates for many cancers are improving it’s high time Ministers delivered a strategy and effective messages so the public really understand the risks.’

Additionally, other lifestyle risks including smoking, a poor diet and excess consumption of alcohol increases our risk or mouth cancer.

Indeed, according to new instructions issued by the government, there is no safe level of alcohol consumption.

Drinking alcohol to excess is linked to one in three mouth cancer cases and unit guidelines are now the same for men and women, with both advised not to regularly drink more than 14 units per week. 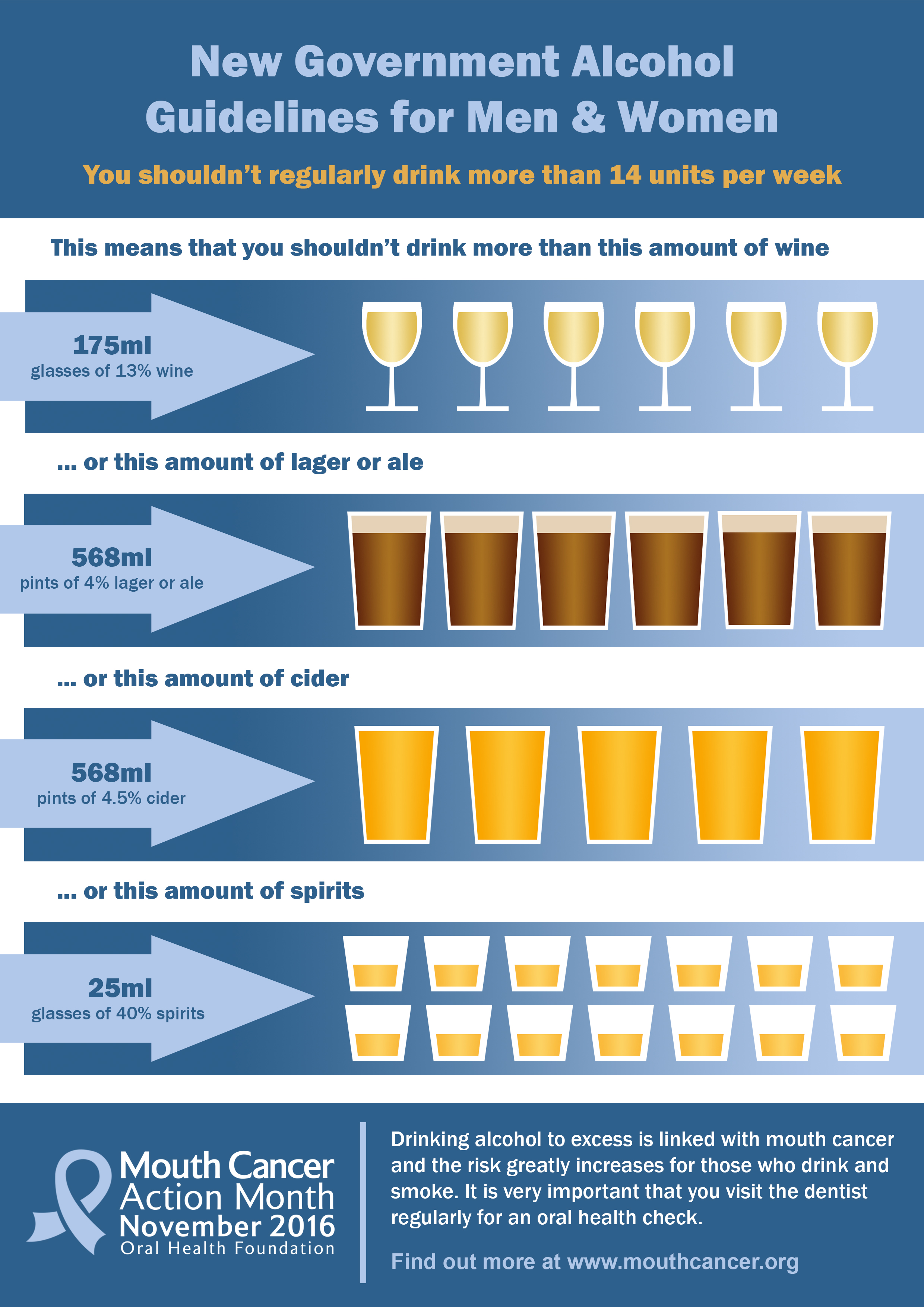 Christina Chatfield, a dental hygienist and clinical director of the Dental Health Spa in Brighton in Sussex has devoted much of her time to raising awareness of the risks of mouth cancer.

She has campaigned hard to make the public aware of mouth cancer risks, particularly HPV.

Two years ago she marched 500 miles from her home country of Scotland to Brighton for the 500miles4smiles campaign. This year, she took the challenge one step further and completed the Camino de Santiago pilgrims’ walk in Spain – which she described as ‘spectacular’ – under the Moveit4smiles banner.

She says: ‘It is so important that patients are aware of the risks and symptoms as early detection is the key to survival. Oral cancer can be devastating; those who survive can suffer from horrendous facial scarring and disfigurement.

‘If patients are aware they can take action to reduce their risk, or at least have the knowledge to recognise that they might have a symptom, they are therefore more empowered to do something about it.’

She adds: ‘Many people are embarrassed and think it is only spread by oral sex but research has suggested that HPV can be spread through kissing. HPV can be vaccinated against but currently this is only offered to our girls. We need to get our boys vaccinated as well to eradicate the risk.

‘We also need to ensure that people continue to have regular dental check-ups as early detection is key to beating oral cancer.’
Ask an Expert
Find a dental practitioner