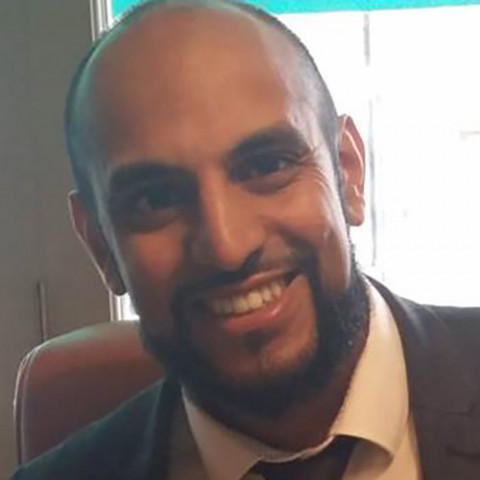 Dr. Husein K. Salem, BSc PhD is a molecular biologist, with a PhD in Molecular Medicine (specifically gene and cell therapy), who went on to hold a Postdoctoral Fellowship at Imperial College London, Department of Medicine.

His research in gene and cell therapies was particularly focused on the use of stem cells in the treatment of cardiovascular and coronary diseases (heart attacks, strokes) as well as neurological conditions such as motor-neurone diseases (including amyloid lateral sclerosis), Huntington’s, Parkinson’s and Alzheimer’s.

Husein has received major academic accolades, and has presented to the British Cardiac Society, the American Society of Gene Therapy and the British Society of Gene Therapy.  Furthermore, he has held a Medical Research Council Scholarship as well as a European Research Council Fellowship. Husein currently holds the role of UK Ambassador for the Cell Therapy Foundation (CTF).

He is also a published scientific author with papers appearing in leading international medical journals (see below).

Having excelled within his scientific field, Husein was invited to join the Scientific Advisory Board of one of the UK’s private cord blood banks.  He has since founded his own private stem cell bank, Precious Cells International, which is the first bank in the UK licensed to collect and store stem cells from five sources in the body.

Husein says, “I have spent the best part of my career working in some of the UK’s most elite academic centres, researching how translational medicine using cellular therapy can be used to treat a range of diseases.  I passionately believe that stem cells and regenerative medicine will successfully be used to treat devastating diseases in the very near future.”

Dr Husein K. Salem was born in Leicester where he went to school at Wyggeston Queen Elizabeth I College. He graduated from the University of Manchester, Institute of Science & Technology, with Honours and remained at the University to study for his Doctoral Degree. He now lives in London with his wife, Dr. Nasreen Najefi, a dentist, and their two children. Husein is also a keen footballer who plays for London DB FC.

Precious Cells BioBank, a London based Medtech Company founded in 2009, has established an international reputation in the commercialisation and innovation of Stem Cells, cord blood and Regenerative Medicine. Cord blood is extensively being investigated as a basic science therapeutic to create biological products, including regenerative medicines and cellular therapies. Regenerative medicine is a broad definition for innovative medical therapies that will enable the body to repair, replace, restore and regenerate damaged or diseased cells, tissues and organs. Regenerative therapies that are in clinical trials today may enable repair of damaged heart muscle following heart attacks, replacement of skin for burns victims, restoration of movement after spinal cord injury, regeneration of pancreatic tissue for insulin production in diabetics and provide new treatments for Parkinson’s and Alzheimer’s diseases, to name just a few applications. The company continues to monitor research and advances in regenerative medicine. The Company is headquartered at Biobank Center of Excellence, Brunel Science Park, where it has built a dedicated, clean-room stem cell processing laboratory.