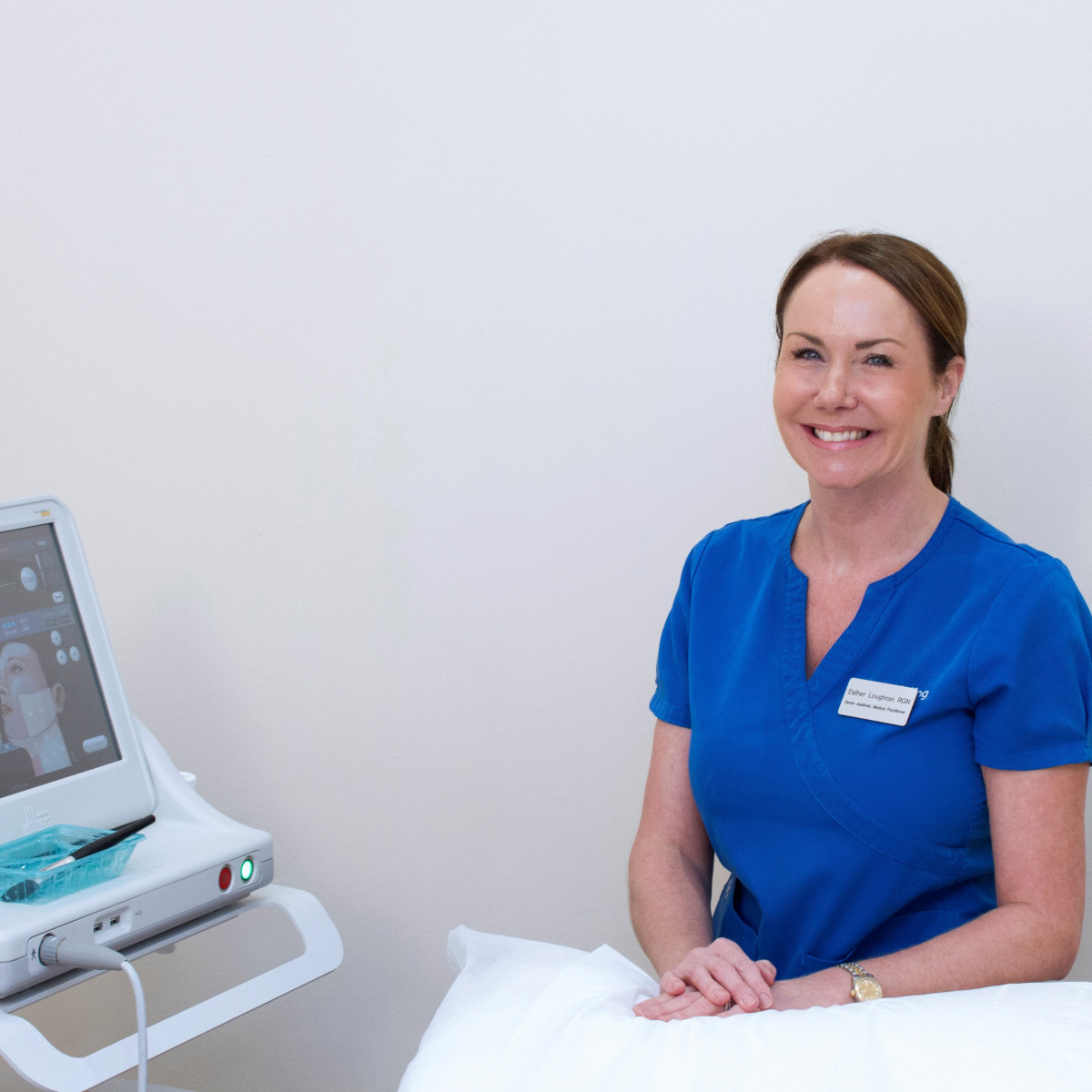 Esther qualified in 1989 and began her aesthetics career in 2006, after an illustrious nursing career as intensive care sister in one of the UK’s busiest teaching hospitals. Her technical knowledge of devices is unprecedented and she successfully launched both Ultherapy® and CoolSculpting® into the UK market, fast becoming the industry expert on these devices.

Esther has trained with, and worked alongside, the best plastic surgeons and cosmetic doctors in Europe and has truly earned her excellent reputation within the aesthetics industry. Among a host of other qualifications, Esther is certified in advanced BOTOX® and dermal fillers, and prides herself at keeping at the cutting edge of the industry through continuous training and education.

The Cosmetic Skin Clinic is a leading, independent, multi-award winning medical aesthetic clinic in the UK and Europe.